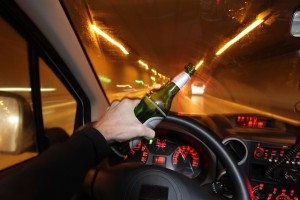 Drunk driving in the United Kingdom has historically been a major problem. This region of the world has a reputation for alcoholism and substance abuse problems, and this epidemic is transferred onto the road safety statistics of the region. In recent years, there has been an outcry for a stronger enforcement of sober driving, as well as a stronger alcoholism treatment network in the United Kingdom. The tourism industry has even felt the effects of the drunk driving problems in the UK as tourists express concerns over driving on the same roads that other drivers, who are obviously intoxicated, are driving on. Advancements are slowly being made to end drunk driving charges and reduce road fatalities. Currently, the challenges that law enforcement, government and health organizations face is illustrated in the statistics below:

Progress is being made, however, the people living within the United Kingdom and those visiting it have naturally expressed safety concerns over vehicle travel. The government and its health organizations are responding with initiatives to come up with harsher drunk driving laws, diligently enforce said laws, make alcohol less available for sale and offer more in the way of alcohol addiction treatment. New legislation and health initiatives are currently being drawn up and tested to combat this lethal and pervasive problem of drunk driving in the United Kingdom.